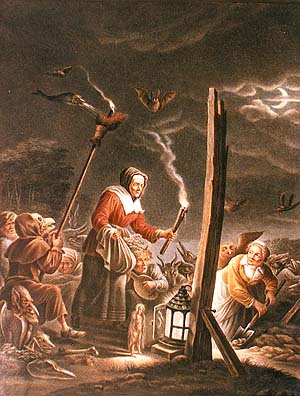 Castle No. 57 - Salt-house
It was believed that the house was haunted. Sometimes the people who lived there didn\'t have any peaceful nights at all, this being the fault of two men which had once guarded salt. They were passing the tedious duty by playing dice, and while one of them was winning hands down the other was having awful luck. He was seized by anger and wanted to get his own back. During the fierce fight, both enraged men fought to the death. Even nowadays, noises of a fight, heated voices, and the sighs of dying guards can be heard.

Castle No. 65 - Brewery
In this house an odd knocking can often be heard at nights as if a coppersmith was knocking on hoops. According to the story, a faithful coppersmith had to get himself some reed from the castle pond to seal the barrels. Through an unfortunate accident he fell out of the boat and drowned, so he couldn\'t fulfill the task he had undertaken. Not even after his death could the coppersmith rest in peace, and during full moons he haunts the workshop of the brewery, trying to complete his work.

Castle No. 59 - Dairy
These rooms served as a large woodshed where wood for the castle administration was stored. The domestic staff hated to go fetch wood in the evening or at night because it was said to be a very dangerous place. It was thought that somebody had been murdered there and his soul was very deceitful. It caused people a lot of trouble. Once the woodpile nearly fell down on a servant who luckily jumped aside.

Cellars in the IVth Courtyard of Český Krumlov Castle
Old wine was buried and stored in these cellars. It is said that the Rosenberg butler was so assiduous that he looked after the wine even after his death. He always offered useful advice to his successors and helped them to find wine of a delightful taste and aroma. However, he was not only a good-natured man but was capable of being mischievous as well. 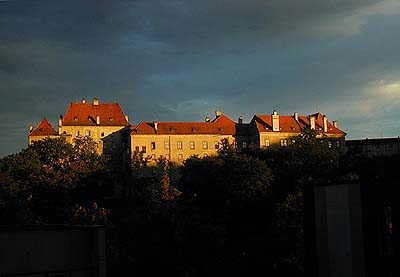 Masquerade Hall
With the Masquerade Hall, a story is told about a servant who, during the whirl of the ball, spotted a string of pearls slipping off a beautiful lady\'s neck without her noticing it. He wanted to keep the necklace. His malicious intent was foiled by the figures of grenadiers painted on the wall which stepped out of the wall and prevented him from completing his immoral deed. The frightened servant gave the necklace back to the lady and from then on was an honest man. 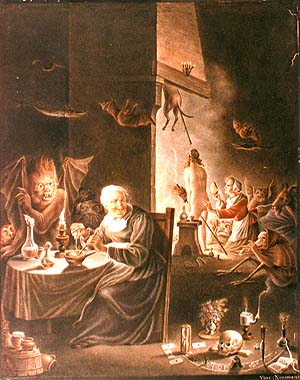 Castle Theatre in Český Krumlov
Evelyna, a beautiful virgin, played in a visiting drama group. She fell in love with a leading man called David, but unfortunately the love was unrequited. During the last act of the play poor Evelyna stabbed herself in the chest and died on the stage. It was impossible to wash the blood off the boards, and for a long time the stain was a reminder of the unhappy day.

Summer - house Bellarie
When the construction of the Summer Manor Bellarie was completed an unhappy accident happened as early as the first party. One of the ladies had a headache during the whole evening. She took someone\'s advice to drink a full goblet of red wine at one go. Afterwards, she collapsed in a faint and never came to again. Each time a party took place in the Summer Manor afterwards, an unknown lady with a high hairstyle wearing a red Rococo dress would suddenly appear among the guests. She vanished before the end of the party just as mysteriously as she appeared. People used to call her the enigmatic Rococo lady.

Small Lake in Castle Gardens in Český Krumlov
This small lake is associated with impressive fairy tales about naiads dancing in the moonlight. It is even believed that on the small island is a buried treasure which is guarded by naiads and dwarfs. If they take a liking to someone, they give him part of the treasure. However, the story does mention a magic good word. The person who puzzles the magic out will get the treasure. It is known that many people have already tried to get the treasure, but neither naiads nor dwarfs have appeared. 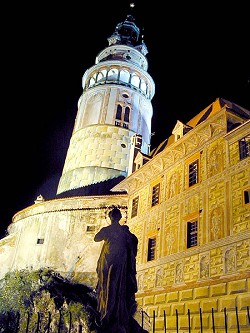