Location :
No. 176, a former residence for garden assistants, is placed on the street K zámecké zahradě, near the present main entrance to the castle gardens. 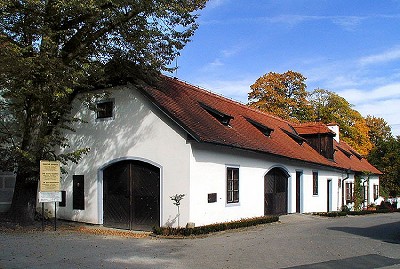 Description :
The one-storey walled structure is built against the wall of the castle garden. On the northwest side of the original house is situated a modern walled shed with a ridged roof. The interior of the building is accessible by several independent entrances. A wooden gate has been built into the wall of the southwestern gates.

The long ridge roof is covered by flat tiles, the gables are half hipped. On the southern side is a big dormer with a raining door wing which was originally used for moving hay into the attic spaces. The facade is smooth, and the window and door holes are framed by a painted wainscoting. 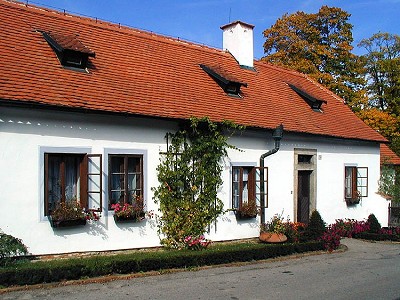 Historical development of the construction :
We do not have much information about the beginning of the structure\'s existence. The oldest designs of the castle garden from the beginning of the 18th century do not show any building except for the fencing wall itself. The design of the Český Krumlov castle and surroundings (according to a calculation from 1785 ) shows a structure which correspond to the present dimensions but with a counter\'s roof. The sides of the shorter roof (vertical to the garden walls) were topped by a hipped end. At this period the construction obviously served only some economic use.

On the design of the castle water line from 1833, the water main is marked leading into the receptacle of the place where the stables were probably located. The design from 1910 already shows small buildings connected to the garden walls on the northeastern side of the house. 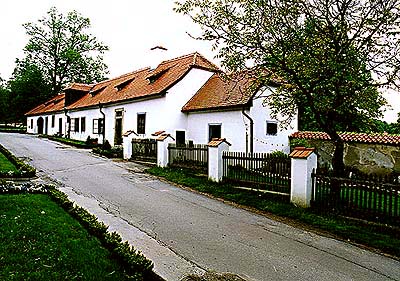 The structure was created as a residence with a hall and 2 rooms along its sides (heated by Dutch stoves leading into a so-called trouser chimney ), a stable for livestock, and a barn. After falling into disrepair, the object was finally restored in 1984.

Contemporary use :
The house is used as a residence as well as containing working rooms of the Administration of Český Krumlov Castle.