Location :
This house forms a part of the farm buildings on the Ist Courtyard of Český Krumlov Castle which follow the line of the old settlement walls that probably date from the 14th century. 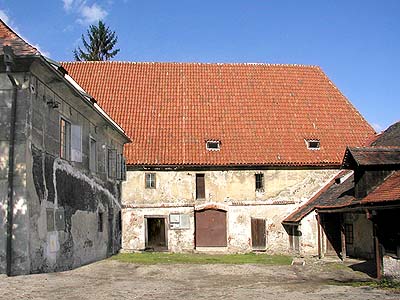 Description :
This thirty-seven meter long building is near the north wall of the castle and its two floors are covered by a hipped roof. The building stands on extensive cellars and is barrel - vaulted on a central pillar.

History of the formation :
The house was built in the middle of the 16th century as a malt house with a granary in the attic. Around 1624-1625 the brewery was moved outside the mansion grounds to the former Rožmberk armoury, and a second floor and new truss were added in 1654 by builder Antonio Perti. 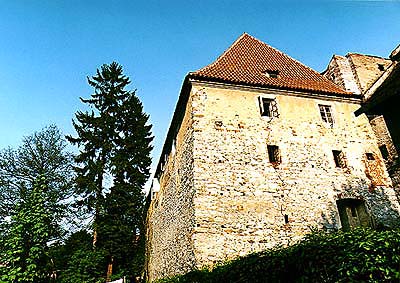 The granary continued without changes. During the first half of the 19th century the ground floor served as a metal storage area. Around the beginning of the 20th century the ground floor was redesigned into flats in order to house workmen during a housing shortage. In the left section only four flats were completed, and one larger apartment was created in the right section. Until 1944 a stretching workshop was housed there as well.

Remarkable architectural details :
From an architectural point of view, this object is interesting for its grandiosity and large roof.

Current use :
One side of the building is presently used for storage, the other for private residences.